Attorney Question: Is This Plea Deportable? 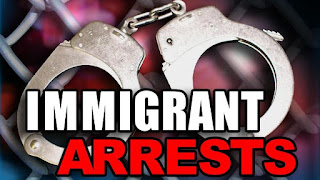 A Lawyer Asked Me The Following Question:

"My client, who is a permanent legal resident, is charged with a misdemeanor Domestic Abuse No Contact Order - Violate No Contact Order -  Minn Stat  629.75.2(b). The offer is to plea guilty to charge. 90 Days jail stayed for two years.  Would he be deported if he plead guilty?"

"Also, do you know if there is anything I could do like an Alford plea (no admission of facts) or a stay of adjudication on the charge that would keep him from deportation?"

None of those resolutions avoid removal proceedings.  And there are additional nuances.  And, during this time, the foreign national defendant may or may not remain in ICE custody during such proceedings.  In Minnesota, this is usually Sherburne or Carver County jail but sometimes Albert Lea.  Ramsey County (St. Paul) recently ended its relationship with I.C.E. to detain foreign nationals in proceedings. 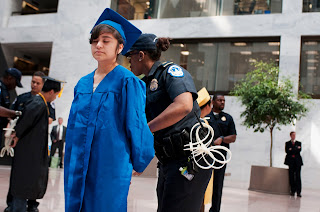 This is a very sensitive area of law, particularly nowadays.  This niche practice of law is often called "crimmigration."  The duty of an attorney to properly advise of deportation and other immigration consequences stems from Padilla v. Kentucky, a U.S. Supreme Court case in 2010 that said all criminal defense attorneys must advise noncitizen clients about the deportation risks of a guilty plea.  This was based on a criminal defendant's Sixth Amendment constitutional right to counsel, and counsel that is effective.

The decision determined what level of legal advice is sufficient for a noncitizens regarding the deportation and other immigration impacts of their guilty plea.   So although the decision deals with the deportation of Mr. Padilla, the real issue is whether his lawyer’s advice was effective enough.  In other words, the court said that if a lawyer does not tell a defendant that their plea will result in deportation, and a simple search by the lawyer could have found that info, the lawyer's assistance was ineffective thereby violating the defendant's constitutional rights and allowing him/her to withdraw their guilty plea.  Plus, when it is unclear whether the plea will render someone deportable, the lawyer must still make sure the defendant knows there could be immigrant consequences in general.

Given the potential impact on noncitizen clients, AS WELL AS potential penalties on an attorney for failing the Padilla standard, it is without doubt critical for the defense lawyer to become well-acquainted with immigration law and the potential consequences on one's client.  Unfortunately, I've seen a growing number of attorneys addressing this issue by saying "I'm not an immigration lawyer."  I don't understand this, because it's the opposite of what a lawyer should say.  In my view, claiming ignorance is practically admitting that the assistance is ineffective.  Indeed, Padilla confirmed that, when it comes to noncitizens charged with crimes, there can be no 2-tier system of legal assistance, i.e. one lawyer to defend the crime, and someone else to consider the immigration.  A criminal defense lawyer is solely responsible for the defendant's entire criminal case, including knowing whether a plea renders their client deportable. 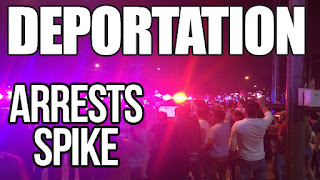 In short, any time that you the lawyer defends a noncitizen--poof--you've now become an immigration lawyer too.  If this is not the attorney's cup of tea or in their wheelhouse, a practitioner might consider co-counseling, or even referring the matter out.  At the very least, invest in a legal opinion letter and/or immigration consultation to guide you through what would and would not be acceptable pleas to avoid deportation and other immigration consequences.

In the above matter, Violation of a DANCO is a non-waivable offense, meaning extenuating circumstances (family dependence, going back to a dangerous country, etc,), are not allowing defenses to removal from America.   The attorney above didn't know this, but was wise enough to contact an immigration, or "crimmigration," lawyer who knows what to do.  Special skills and extra effort may be needed to not only put on a strong defense pre-trial and during trial,  and to know what pleas can prevent deportation and which won't.
Criminal Charge Crimmigration DANCO Defense Deportation For Lawyers Immigration Attorney Minneapolis Plea Removal