Showing posts from July, 2018
Show all

You Think Politics is Tricky TODAY? 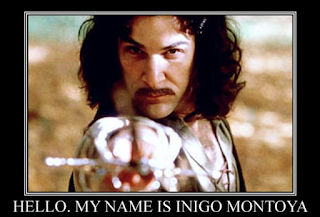 Could you win a duel for your immigration status? On this date in 1804,  U.S. Vice President, Aaron Burr , mortally wounded former Secretary of the Treasury Alexander Hamilton in a pistol duel in Weehawken, New Jersey.  The two had once been friends, but a long history of conflict spawned largely by their clashing political ambitions set them at odds. The bad blood may have started in 1791, when Burr replaced Philip Schuyler , Hamilton's father-in-law, in the United States Senate.  In 1800 Burr very nearly won the presidency, tying Thomas Jefferson with 73 electoral votes, and Hamilton—who disliked both Jefferson and Burr, but distrusted Burr more—worked hard to ensure that Jefferson emerged the victor when the election was thrown into the U.S. House of Representatives. Hamilton similarly labored to defeat Burr's bid for the governorship of New York when it became evident that Jefferson meant to drop Burr as vice-president after one term.  The situation rea
Post a Comment
Read more
More posts