The Sport of Kings!


Polo is one of the oldest sports in the world, known as “The Game of Kings."  Polo is full of thrills, teamwork, technique and true sportsmanship.  The game is played at intense high speed, requiring peak athletic conditioning of both horse and rider. Today, the level of play and the amount of polo being played is the highest in the game’s history, generating rapid global expansion in participation and spectatorship.

With that expansion has naturally come a rise of enthusiasm for polo in America. Watch this wonderful interview with Nacho Figueres, who teaches polo to royalty AND inner city kids.


With growing popularity in America comes an influx of international polo players and their support staff (grooms) to the U.S.  All foreign players require some type of immigration visas and green card before they can legally play in America.  Playing, and earning income, without such status is illegal.  Unauthorized polo playing happens a lot, and the industry should know that eventually this leads to trouble down the road for both employee and employer, costing much more money and heartache in the long run.

Although not the only way to legally play polo in American, the most common visas are the P Visa (Professional Athlete), or O Visa (Outstanding Performer).  Each has its advantages and disadvantages ranging from cost to time lag.  Given the massive investments into the sport of polo, it is critical that an immigration attorney be consulted and with plenty of time before play begins, as much as a year in advance. 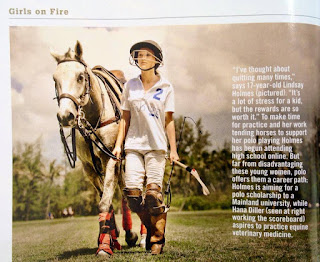 Chaudhary immigration attorneys in Minneapolis are qualified to represent players, teams, clubs and staff across the country.  We will evaluate the team, club, and tournament plans and timeline for visa processing.  We will then review the player and his/her USPA rating, prior immigration experiences, long term goals, and examine any potential challenges preventing entry, along with any grooms seeking entry.  Depending on the player, there may be extra considerations for importing horses.  Those factors all go into the fee charged by the attorney.  Extra challenges, such as prior unauthorized work or visa overstays, moral conduct, etc.  Also, the attorney must consider the communication skills and cooperation of each potential client and how much that might add to time spent on the case.  Fees are normally paid up front, with filing fees added to the retainer or provided by the client later.

Here are some of the important points to know when hiring a polo player for your team, club, or tournament: 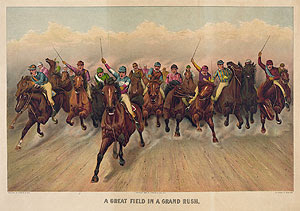 1)  The standards for polo visas in particular are somewhat inconsistently applied.  Different immigration officers may have more or less knowledge of Polo and/or your player. You need to introduce them (and the sport) in a way that is impressive (even a P visa requires recognition in the sport). Proof they have been paid, proof they are held as an authority (invited to judge events, writes articles, mentioned in trade journals, etc...), membership in prestigious organizations.... There are lists around of different sorts of evidence, but your goal is just to be compelling in portraying your client as professional. There is no "knockout" document unfortunately. I suppose bare minimum would be an itinerary covering the period requested, a contract with the petitioner, and evidence of the player's rank and history within the sport. Evidence from official sources is preferred of course, but newsletters and other industry publications can also be helpful.

2)  A player's U.S. Polo Association (USPA) ranking in itself is rarely dispositive. It may serve as one of the required pieces of evidence for a P visa, or as one of the factors in establishing extraordinary-ness, though especially in the latter case I would look to supplement this with more detail unless the ranking is so high that it speaks for itself, in which case I would still devote some time in the brief and supporting evidence showing how competitive the field is and how difficult top rankings are to attain. If your player is ranked in several circuits consider showing their ranking for all of them. P athletes require "international recognition" and ranking in a couple countries could speak to that issue.

3)  The USPA may or may not provide a letter. I'm not sure whether you intend to use them for evidence of the individual's qualifications or as the "labor organization" assessment. As I say, my preference has been for O visas, but at an earlier time when I was working on P's for a former employer we would aver that Polo has no labor organization and instead submit two letters from experts in the field (you are looking for former judges, coaches and others with a lot of experience who you can argue are experts) who provide their opinion about the beneficiary's skill and impact on the market. Consequently I haven't had to ask USPA to draft or sign anything. I suspect my former employer favored this system because USPA was difficult to get appropriate documents from.

4)  There are levels of best practice in offering evidence:  Official documentation is best such as records of competition and awards granted, followed by third party reports (news, trade journals), the testimonial evidence of others, and finally the statements of the beneficiary.  We suggest that no individual piece of evidence is critical and that  focus should be on the bigger picture, emphasizing the importance of a player's strengths and de-emphasizing their weaknesses.

5)  There are O visa elements (3/8 must be established), once again, the question here is rather subjective. Extraordinary is different for different people and in different contexts. For an O visa I will typically advance an argument for any and all of the 8 O elements I can, leading with the three factors for which I have the strongest argument. A two-goal might be stronger or weaker stacked against the other evidence. Given that the officer might not be familiar with polo you have both the responsibility and the advantage of framing the information for the officer. You can discuss the standards for attaining the handicap, discuss the number of players to whom the handicap is applied and convince an officer that the information is meaningful. Here, as in many places with these visas "extraordinary", "international recognition" and other such standards are a bit vague and tend to require case-by-case argument and support.

6) An Agency, Stable or Club might petition for a visa. These are usually incorporated. An agent-sponsor typically will provide the greatest flexibility and you might consider finding an agent to sponsor even if your client will be riding primarily for a single organization. Three years is a long time and having an agent means your client won't need to file to change sponsors if the applicant wants to move around between employers.

7)  Only one visa is held at a time, so it has to be one or another. As regards moving from one class to another, this might be reasonable depending on the support role. A rider who becomes a groom will hurt their chances of subsequent visas as a rider. Top riders don't typically do that sort of work. Coaching, on the other hand, might not damage their reputation. I would exercise caution though. You want to establish a consistent story about your client's greatness and the simpler and more direct it is, the more powerful.

8). Whether evidence is weak or strong depending on it's relationship to the standards, the source and nature of the evidence, the attorney's argument and the officer's understanding.  Legal practitioners will often read the criteria as broadly as possible and advance all the arguments we can for qualification. Useless evidence either won't speak to the criteria or will undermine arguments in some way.

9)  Immigration guidance can be found directly form the USCIS.  Here is a link to a "Request for Evidence" that lays out on behalf of the government what the eligibility standards for polo players.
http://www.uscis.gov/sites/default/files/USCIS/Outreach/Draft%20Request%20for%20Evidence%20%28RFE%29%20Template%20for%20Comment/P1A_AthletesTeams.pdf

Since this form is intended to cover all the possible problems it is probably more helpful than an RFE that covers only the specifics of an individual client.

The above explanation is in general purposefully.  Polo visa and green card cases are fairly individually tailored. In short, I recommend an O over a P if possible.  We often recommend using a sports agent as the petitioner, and along with the many forms and documents, a lengthy legal a brief is included that runs through the application of the evidence to the criteria in a manner that is both efficient and compelling.

This week USCIS released a new Handbook for Employers: Guidance for Completing Form I-9.  Many people don’t realize the I-9 form, filled out by new employees—citizens and noncitizens alike—is actually an immigration form.  All businesses with employees should carefully review the changes in this handbook. The new I-9 form itself began Jan. 31, 2020. https://www.uscis.gov/i-9-central/handbook-employers-m-274
Read more

The 46th President of the United States, Joe Biden, has issued  immigration changes on his inaugural day .  His transition organization issued a fact sheet laying out many executive orders to sign as he steps into the White House for the first time as U.S. President, including several immigration policies.  UPDATE 01/21/21: Those executive orders and actions are now in effect and their language can be found on the White House web page or this link . Day-1 executive orders orders are commonly prepared and signed by all modern U.S. Presidents.  Some are meant to reinforce the new President's priorities, and some are to temporarily suspend the previous President's orders, especially prior agency regulations that have not yet been finalized and may be cancelled by the President/agency heads. President Biden's inaugural schedule includes primarily ceremonial visits.  But once he arrives at his new abode for the next four years, he will step into the oval office and take his fir
Read more