Showing posts from January, 2019
Show all

Much discussed H1B lottery pre-registration process announced. It was expected. Today the USCIS officially announced that, starting next H1B season, not this H1B season, there will be a pre-selection sign up instead of the traditional post-April 1 application submission lottery.  In addition, it announced a major shift in how Masters Degree candidates are selected, by giving priority to masters cap applications after the lottery’s conducted, as opposed to  selecting them in their own lottery process. Mathematically, this is tantamount to giving an approval edge to applications with masters degree candidates. Here is our prior discussion on the pros and cons of this pre-selection process:  Pros and Cons of H1B Pre-Registration Here is the announcement:  H1B Pre-Selection Proces Announcement . Also, here's the hit song from Kim Wilde in honor of H1B Pre-selection's final arrival:
Post a Comment
Read more

Why An Immigration Consultation WON'T Help You 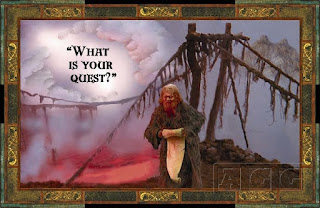 I'd rather chat on the phone for a few minutes--AT NO CHARGE--than charge money for generic advice. Have you even seen Monty Python's The Holy Grail? No? Go to Netflix and watch it, and then come back to this post. Back already? Great!  So recall the scene where King Arthur must answer three meaningless questions to cross the Bridge of Death. What if King Arther was given the privilege of paying the bridge keeper $360 for the the privilege of telling him his favorite color? Well, that's what some immigration consultations can feel like.  Believe it or not, they can feel like it for the attorney too. Recently, I did a one-hour, paid consultation for a recently-married couple considering a marriage green card. I would not do it again.  Believing that one hour would cover simple issues and "review forms," I encountered process questions that intersected with complicated questions about the noncitizen's current status, and ability to
Post a Comment
Read more
More posts