The Complexity of Immigration Law 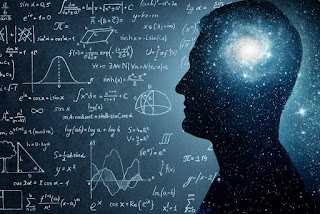 I was recently asked what I'd like non-immigration attorneys to know about the practice of immigration law. The first thing that came to mind is it's complexity.  This is not to say other areas of law are not incredibly complex, but a flavor of what a typical immigration lawyer encounters may be enlightening for lawyers and non-lawyers alike.

In a landmark decision expanding rights of noncitizens regarding proper immigration advice before a guilty plea, the U.S. Supreme Court specifically stated, “Immigration law can be complex, and it is a legal specialty of its own.” Padilla v Kentucky (2010).  The court was right to underscore this, and it’s understandable how many can overlook just how complex immigration law is.

For example, different “legal statuses” exist for noncitizens depending on their purpose of entry. There are temporary entries ranging from visitor or student, to refugee and myriad of narrowly defined occupations.  Then there is Legal Permanent Residency, or "green card," and finally actual citizenship. Some gain these statuses prior to entry and some change status to another once they’re here.

Within this framework, there are additional (or fewer) options depending on a noncitizen’s country of origin. Not only is immigration a specialty of its own, but immigration from particular areas of the world can be specialties too.

Eligibility is just the beginning. The application of typical H1B (tech worker) visa, for example, will go through four federal agencies: Department of Labor, USCIS, Department of State, and Customs and Border Patrol. And each agency has the right to question every aspect of the application even if prior agencies have approved it.

Terminology is also often confusing. Gaining “legal status” does not make one a “citizen.” There are layers of rights, privileges, and consequences that come along with each different status.

For example, noncitizens, legal or not, have relatively few constitutional rights in the deportation process, because that process is civil and afforded to the executive branch.  Yet within the criminal process, noncitizens have equal rights under the constitution.  This difference often leads to confusing public (and legal) debate over the future of immigrants. As such, some Minnesota jurisdictions, especially since Padilla v Kentucky, have had an easier time implementing these rights. Other Minnesota jurisdictions struggle with Padilla’s philosophy of elucidating particular rights for noncitizens.

The immigration law practitioner also faces unique day-to-day challenges. For example, although dual representation is frowned upon in most areas of law, it is commonplace in immigration. By operation, noncitizens are sponsored by a family member or future employer. A lawyer must therefore walk the fine line of representing both interests. In effect, one fee covers two separate clients who must be served according to the same ethics laws follow by all attorneys, but concurrently.  Yet the same challenges of language barriers and acquiring documentation that are often destroyed from a war-torn country remain the same. Keep in mind that 2/3 of all immigration lawyers are solo practitioners.

No doubt my more experienced immigration colleagues would cite additional examples. I thank the Minnesota State Bar Association for broaching the topic and allowing a small discussion of the challenges faced in this area of law.

This week USCIS released a new Handbook for Employers: Guidance for Completing Form I-9.  Many people don’t realize the I-9 form, filled out by new employees—citizens and noncitizens alike—is actually an immigration form.  All businesses with employees should carefully review the changes in this handbook. The new I-9 form itself began Jan. 31, 2020. https://www.uscis.gov/i-9-central/handbook-employers-m-274
Read more