How It Started, How It's Going: Biden On Immigration? 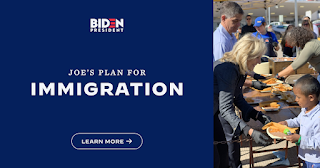 I think most immigration advocates agree it's been a mixed bag.  There were immediate reversals of SOME of President Trump's most anti-immigration executive orders, but not all.  Suprising, given President Biden's pro-immigrant rhetoric. One example is the refugee moratorium, which the administration declined to lift until there was a public outcry.  Another is the many months it took the AG to recind the onerous Castro-Tum decision, which imposed procedural restrictions on immigration judges.

I myself had a client who grew up in the US but was deported under Castro-Tum rule, even though the immigration judge HERSELF ruled he was eligible for a U Visa. Before Castro-Tum, he could have stayed in America waiting for its approval. Under Castro-Tum, he was deported to a life in Mexico he's never known.  How many countless noncitizens were unfairly deported while Merrick Garland delayed this no-brainer move? Castro-Tum should have been rescinded the day he was confirmed.

There is also a fair amount of head scratching about the administration defending old Trump policies in court.

Here's the take on the employment-based side of immigration from my friend and attorney colleague Robert Webber: "I would say that clearly President Biden has a different outlook on immigration than his predecessor Trump in all areas of immigration but particularly in the area of employment-based immigration.  I think fundamentally President Trump saw immigration as 'zero sum' - the immigrants were taking US jobs; but Biden I believe sees immigrants as 'non-zero sum' - that is, force multipliers for the economy. But the problem in year 1 is that Biden'ts people have not been forceful with the permanent bureaucracy. Concern for COVIC has led to extremely slow processing times and the permanent bureaucracy in immigration seems to default towards doing nothing. The appointment of the new USCIS director seems to be creating some 'green shoots' for improvement but there is still a seeming lack of urgency. Biden is famously moderate but in fixing the immigration system, we really don't need moderation. We need zealous diligence."

For some addition detail on how the last year has gone for immigration under Joe Biden, below are links to interviews I did throughout the year. Note how some of my opinions progress, along with my facial hair! 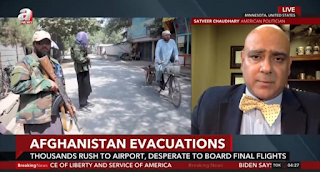