Lawyers Representing the Company and Noncitizens 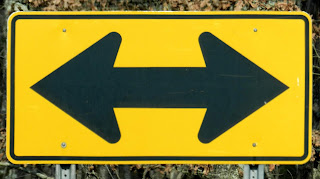 AN ATTORNEY RECENTLY ASKED ME:

"A friend asked me to review a retainer agreement from a law firm representing both the noncitizen employee from Turkey and the sponsoring employer.  The agreement says that, in the event a conflict, the attorney could choose which party to continue representing and that any and all information learned during the course of application's representation would no longer be privileged.

For persons attempting to obtain a work visa, is it common practice to hire a firm that plays matchmaker between applicant and employer?  If the relationship/arrangement goes south, what, if any, remedies does the applicant, as a non-citizen, have against the law firm and/or the employer?"

Dual representation is indeed a reality in several types of immigration scenarios. In the employment-based immigration setting, many applications must originate from an employer seeking the government’s permission to hire a foreign national. To do this, an employer hires an attorney to prepare and submit the application. At the same time, the proposed noncitizen employee is ultimately the one migrating to the U.S, so it is their particular immigration status being considered.

As with any employment relationship, labor issues can sometimes arise, creating ethical considerations such as privilege and duty of loyalty for the attorney who has been retained by one party, but to approve the immigration status of another. As a result, employment immigration attorneys do use waivers to clarify the parties’ intent with respect to privilege and loyalty when potential conflicts occur. It is a source of discussion within the immigration bar nationwide, so I would not call the matter settled.

Certainly individual circumstances can gauge whether such a waiver is appropriate in a given matter, as well as the waiver’s content. To be written properly, a waiver should not be “catch-all.” But to answer your question in a general sense, waivers are common practice in employment-based immigration.


To avoid reinventing the wheel, I think Cyrus Mehta's Article on Dual Representation in Immigration does a good job of illustrating the problem and solution.  Mind you, there is some disagreement with this approach because some attorneys feel Mehta's solution is employer-centric.  But after considerable discussion, few if any attorneys have suggested more practical solutions to resolve potential conflicts of interest in employment-based immigration matters. Most important, each attorney must follow her state's rules of ethical conduct and a safe bet is to seek out an advisory opinion.  Advisory opinions have some challenges too because, first, attorney ethics boards have little experience with immigration matters.  Second, each ethical matter is evaluated on a case by case basis making a cookie cutter approach difficult.  Attorneys are best off staying as far away as possible from ethical boundaries and drafting each waiver according to each case, as inconvenient as it may be.

As for remedies for the employee, I often get calls from foreign workers who are in dual representation arrangements and don't feel they are represented adequately.  First, they feel the attorney is entirely employer-centric without any consideration for the dual representation, particularly with regard to client communication.  Second, they are unsure of various decisions that must be made at the time that impact their future status, their family's immigration status, travel abroad, and more.  Are these employees being treated unfairly, or are these questions out of the scope of the attorney's representation agreement.  To be sure, those considerations are relevant and the employee needs proper advice.  From what I've seen, sometimes the dual rep attorney does not advise enough, and sometimes the issues are out of their scope.  In my own practice, I am probably more mindful than most and interact with the employee as much as employer, even if the advice is only indirectly related to the application.  If totally unrelated, I do not advice the employee.

But the fact of the matter is that issue such as prior criminal convictions, for example, can impact whether the employee will be admitted to the U.S. and start work for the employer.  At least some modicum of direction on these issues is therefore necessary.  Ethics board would do well to be mindful of the many and varied issues that immigration applications encounter.

By the way, these crossover issues, often related to state laws, impact an attorney's ability to provide advice if their are not licensed in that state.  As such, an immigration attorney submitting immigration applications from a state in which they are not licensed, must also beware of advising on the inevitable state and local issues related that can arise that particular case and give rise to the unauthorized practice of law.

When foreign employees contact me about such questions I do mention that, whether or not they are being treated unethically, it is a good idea for them to receive legal advice from an attorney loyal to just them.  This can mean keeping a trusted immigration attorney on hand, even if paid, to consult on issues with their interest, and ONLY their interest, in mind.  Readers may find benefit from a previous post I wrote on the benefits of an immigration consultation.

What other recourse does a foreign employee have? Depending on the situation, there are particular laws protecting foreign employees from unfair labor practices, and ways to complain should those situations arise. Foreign nationals are also entitled to the same civil remedies in court that any other employee has, sometimes more because foreigners are so susceptible to indentured servitude.  As stated previously, if an employee feels they are treated unfairly, an independent consultation with a separate immigration attorney will ensure 100% confidentiality and loyalty to only their situation, and as such is well worth discussing their problems and if any remedies are available.