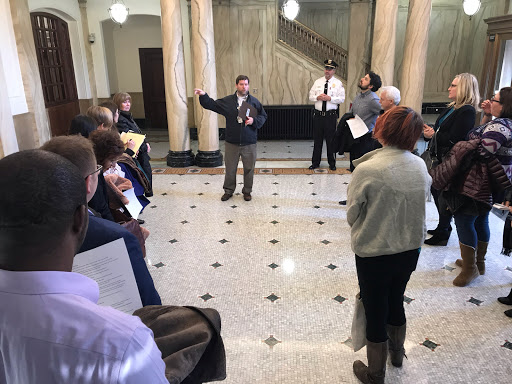 Today I toured the Minneapolis Passport Agency, along with a group of immigration attorneys from the Minnesota State Bar Association’s Immigration section.

It was a wonderful tour and I did not think I would learn as much as I did about obtaining a U.S. passport. It was interesting to see the internal workings of the passport application, approval, denial, and creation processes, as well as some of the new initiatives being planned. Just to be clear, the passport agency is for U.S. passports only, for U.S. citizens and soon to be citizens.  Passport agencies are divisions of the United States Department of State,  which is America’s primary foreign policy representative and runs U.S. embassies around the world.   There is a U.S. Embassy in every country of the world except North Korea and Iran.

Of course, my very first question was: why can’t you get passport photos at a U.S. Passport Agency?? Well it turns out that our tour guide, the customer service manager and 26 year passport agency employee, shared this wonderment and hoped it would be instituted in the near future.

1. There are 20 million, count ‘em million, passport applications in the United States every year.

3. In addition to the actual passport  agency, various other offices can accept passport applications, such as a post office or license bureau. In fact, there are 7,500 locations in the country that accept passport applications.  However, it’s important to choose one’s application location properly, not only because of distance, but hours of operation, and services provided. A post office for example may have the ability to make passport photos, whereas the Minneapolis Passport Agency as I mentioned above does not.  Also, if there are complex or urgent issues to resolve with ones passport, then the Agency itself is the best place to go to resolve problematic or time-sensitive situations. The next passport agency closest to Minneapolis is in Chicago.

4. The number one reason for rejecting a passport application is lack of passport photo, or ineligible passport photo. The rules for passport photos are strict, it was explained, because a passport provides identification to a foreign country customs officer many years down the road. As such, standards must be consistent and accurate. Ironically, professional photographers often do passport photos incorrectly.

5. It was gratifying to learn there are real people behind the counter who do care about processing a passport quickly and accurately, even in time-sensitive situations.   It was emphasized on the tour that the approval and production of a passport on the same day is absolutely not guaranteed.  But it was clear that Agency staff does their best and at times is successful in serving people very quickly.

6. There is a new law being rolled out denying passports to citizens who owe a lot of back taxes. This is similar to the rule about child support arrears, but dollar amounts for back taxes is much higher. The advice is to know your situation before paying a passport application fee only to be rejected for a reason that cannot be rectified within 90 days.

7. Passport applications are rarely if ever denied outright. Normally 90 days is given to provide or correct information to make one eligible for a passport without having to pay the application fee again. If information cannot be acquired or corrected within 90 days, the agency is generous with extensions and prefers such a request be done and riding or at least over the phone.

8. The acquisition of a passport card is encouraged. It has a variety of benefits including shorter lines in some ports of entry, identification for young people or those without a drivers license or available Social Security card (for employment forms)

9. If there is an urgent situation, call or go to the main passport agency. Try your very best to make an appointment and then go, because sometimes they can get you in earlier depending on volume. Or call. They always make an effort to find a resolution.

10. Child travel in homes with separated parents can be tricky, so read the rules and understand the rules well in advance.

11. Double check the expiration date on your child’s passport, as they are only issued for five years not 10.

12. Renu your passport well over six months in advance, especially if you anticipate travel to another country. The US is fine with bumping up against the expiration date of your passport when entering, but foreign countries often require three or six months validity before you can enter.

13. A passport card is a good way to avoid a real ID drivers license, but remember it is only good for ground or see travel to Canada, Mexico, the Caribbean, and Bermuda.

14. However, when traveling abroad, your passport card can assist replacing a lost passport.

15. I learned there is a process to help Americans stranded in foreign countries, and who have lost their passport and even lack money, food and shelter. The assistance is through a temporary Repatriation Loan just to help get back to America. This was an incredible Service I never knew about! 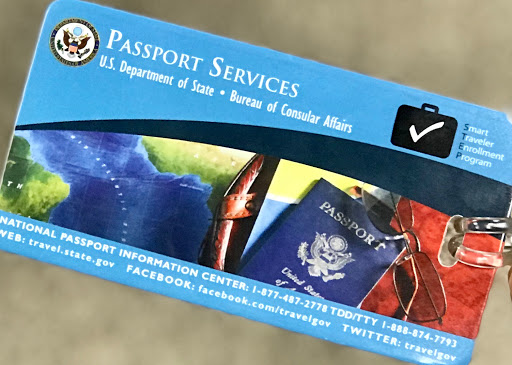 In short, this was an excellent tour and I thank the Immigration Section of the Minnesota State Bar Association for arranging this tour. I’m also pleased to serve a Vice-Chair of this section and grateful for the ability to contribute where I can.